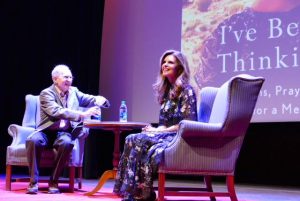 Larry Davidson has been in radio and television for over 20 years. He is the former Executive Producer and Host of Davidson & Co, a weekly ½ hour interview program. Davidson and Co. ran for 20 seasons on Long Island’s Cablevision system. Davidson & Co. has also won awards from the Northeast Regional Video Festival.
He was also the Executive Producer and Consultant for the Four Village television studio.
Larry created and co-hosted a health/fitness show called “Pulse!” was nominated for a local Cable Ace award.
Larry Davidson was a producer for the Extrahelp channel and also produced and hosted “First Look with Larry Davidson”, a live one-hour radio program on AM 1240 WGBB.
He created, produced and hosted:
Larry produced and hosted “WGBB Tonite” on AM 1240 WGBB for many years and also appeared on AM 1050 WEVD.
Larry is currently working in conjunction with the Turn of the Corkscrew bookstore in Rockville Centre. He has recently interviewed Kevin Baker, Nelson DeMille, Adriana Trigiani, Alafair Burke, Maria Shriver, and Kathy Lee Gifford.

CLICK HERE for Larry's guest stint on "The Radio Tower"